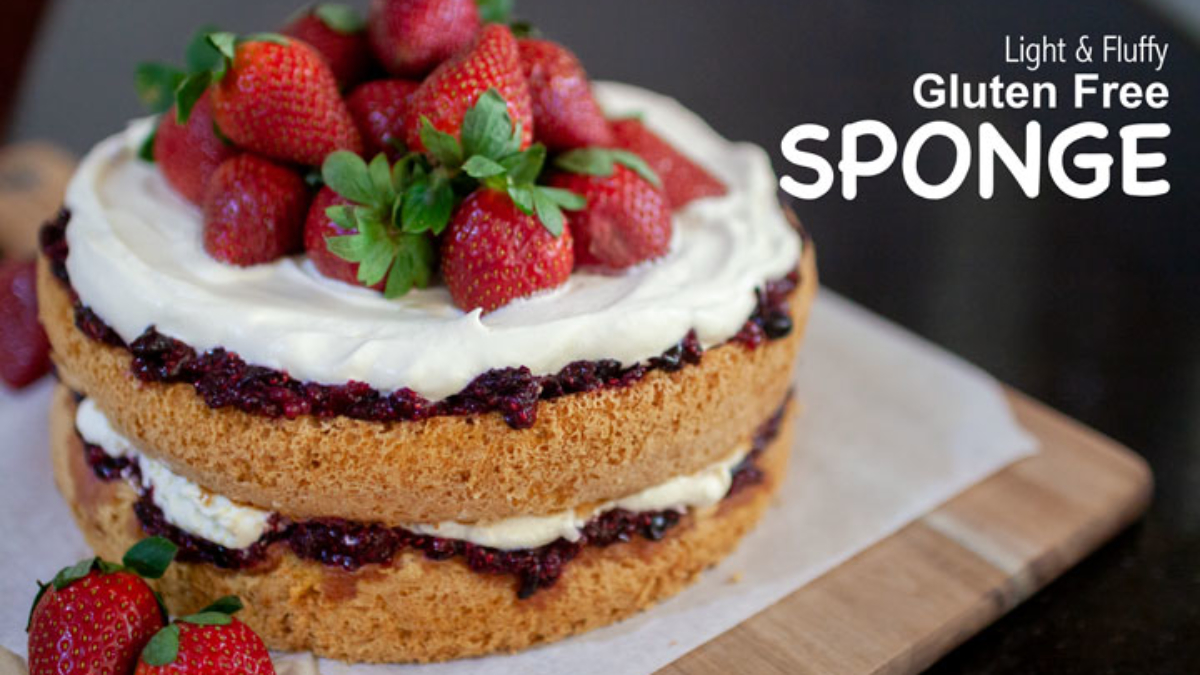 This light and fluffy gluten free sponge recipe is in honour of Mrs Kelly. She was my Nanna’s best friend, my Godmother’s mum and the cook to whom the original version of this recipe belongs.

I grew up eating Mrs Kelly’s Sponge Cake, as it’s affectionately known, loaded with jam and cream, yum, yum, yum. Although whether it’s better with or without whipped cream is a topic for hot debate. My Mum still makes it often, but the original version is not so good for us, so I decided to try and make a fructose and gluten free version. To my surprise this light and fluffy gluten and fructose free sponge worked brilliantly first time. Thanks Mrs Kelly for an awesome recipe. ♥ This recipe is also diary free, as long as you leave off the cream, obviously.

This recipe is based on true cornflour and not wheaten cornflour which is common in Australia. Why they would market wheat starch as cornstarch I have no idea. I have not tested it but I guess it will probably still work but it will no longer be gluten free, obviously. When choosing a cornflour for this recipe try to find an organic one if you can. Corn is one of the crops in Australia (and other countries) that is often cultivated using GMO (genetically modified organisms), so choosing organic cornflour is especially important even if you choose not to eat organic in general. To learn more about why you would want to avoid GMO’s check out this article.

If you would like to make the Mrs Kelly’s original version of this light and fluffy gluten and fructose free sponge cake just use custard powder in place of the cornflour, and regular sugar rather than rice malt syrup. But this gluten free version is great so why not make this healthier version.

Perfect for any occasion, this sponge can be dressed up or down to suit your taste or dietary restrictions. The two sponges can be stacked with jam in the middle and loads of jam and cream on the top, or served separately, one with cream and one without to satisfy all tastes. For me it’s gotta be loaded with jam and good quality whipped cream. 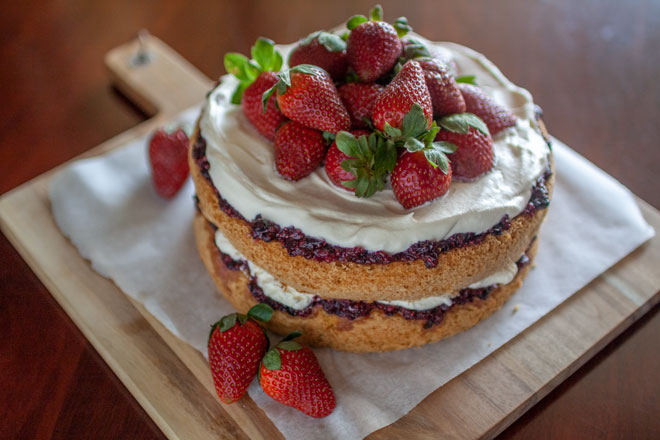 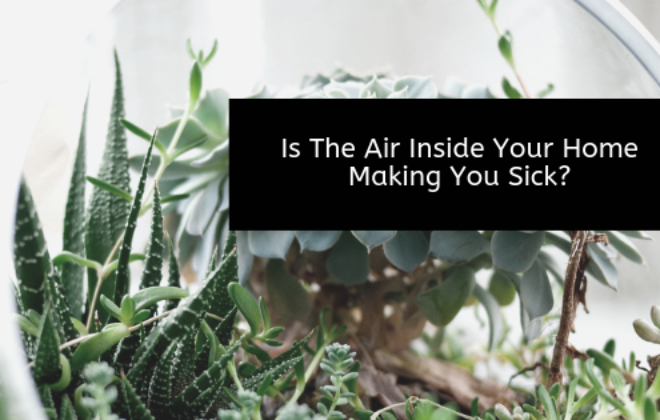 Is The Air Inside Your Home Making You Sick 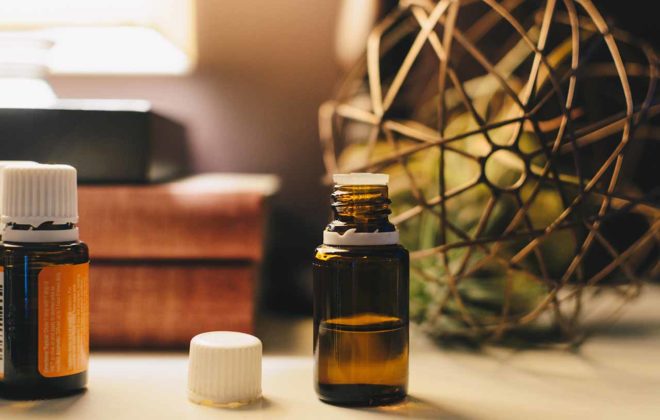 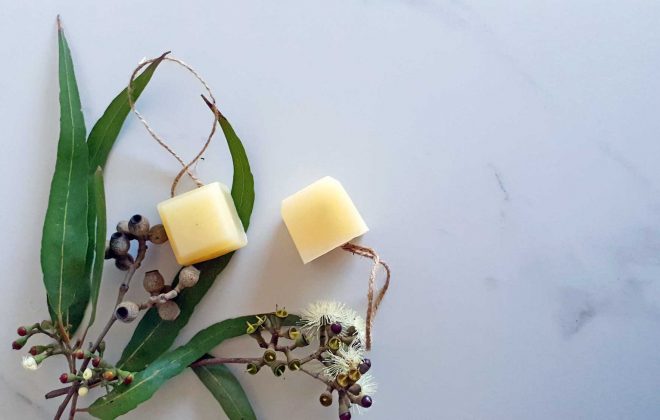 DIY Retro Soap on a Rope 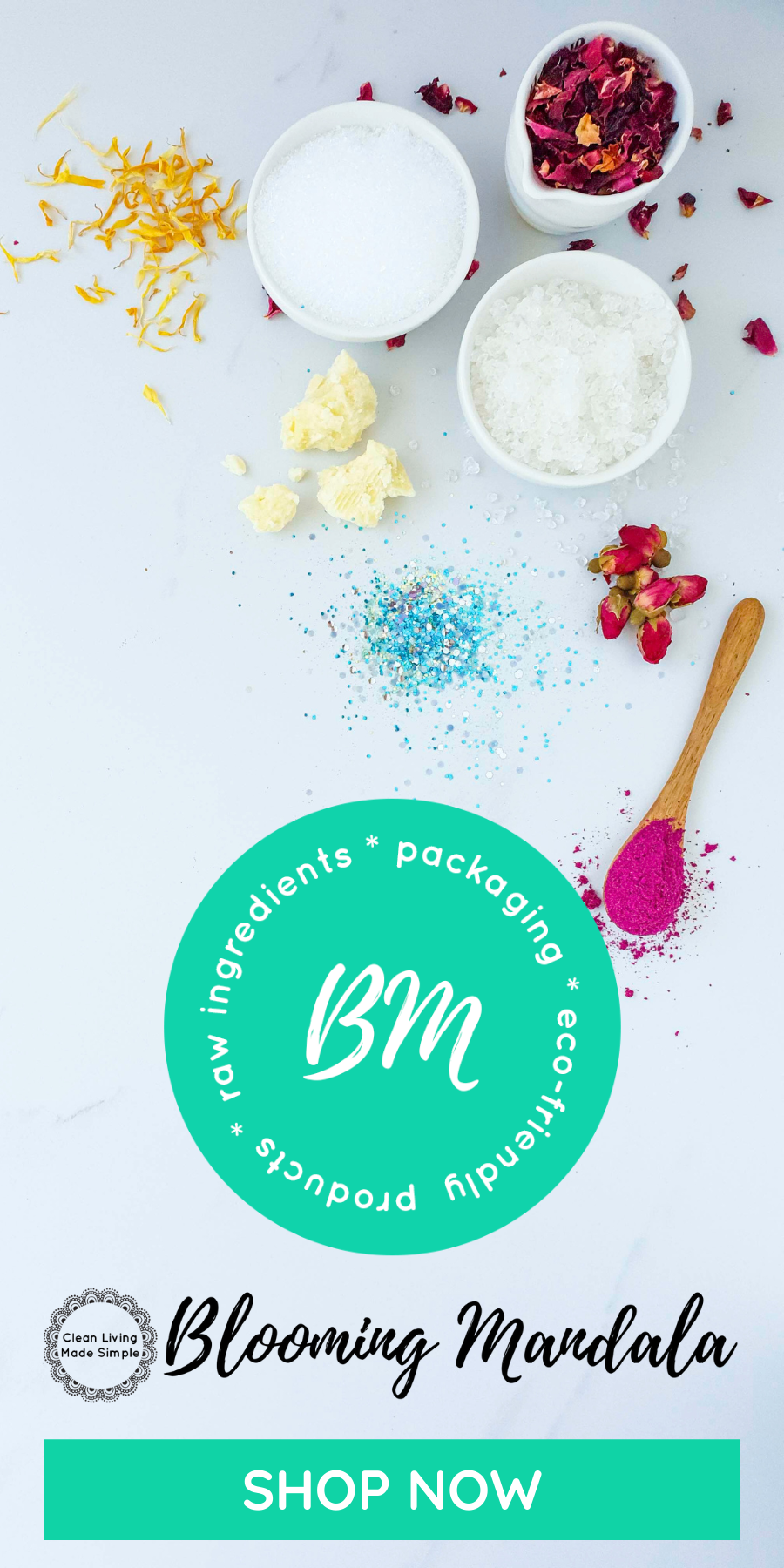 How to Make Nourishing Bone Broth – Practically For FREE! The perfect lip balm recipe to me is quick, simple Who doesn't love a good sponge cake? This sponge Are you one of those people who can't use Natural This Osso Bucco Soup is a family favourite and on Load More... Follow Us!
has been added to the cart. View Cart